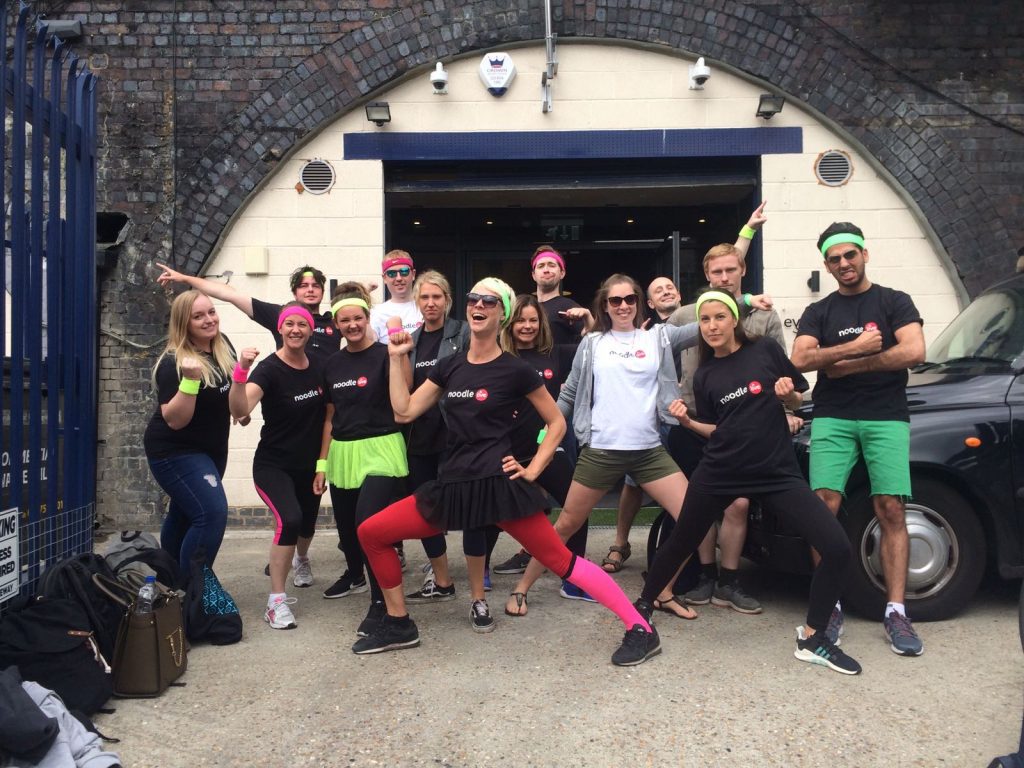 Some stories are best told through the medium of gifs.

Think you’ve seen competitive? You ain’t seen nothing until you’ve seen London’s event tech providers battle it out at the #EventTechGames. This year, Noodle Live and Glisser laid down the battle lines, set up the picnic, and prepared to wang some wellies to see who would claim the coveted event tech trophy.

There was some impressive prep work on both sides. Glisser created a strong strategic plan and designed the trophy, and Team Noodle focused on getting the beer in and sourcing the best neon headbands and tutus. Finally, with all the prep wrapped up, the two teams met in Victoria Park and prepared to go head to head. 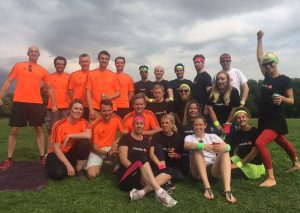 So, how did the games unfold? Our egg and spoon team were first on the field and were particularly enthusiastic (as Glisser warmed up in the background):

And the wheelbarrow race brought glory to all who participated. Long live the event tech heroes:

Our own Glyn Roberts had the welly wanging game on lock down.

Although he couldn’t beat this personal best from Glisser’s Olly, who came out of nowhere with this overarm winner:

And our Noodle Live Head of Pencils, Clemi Hardie, showed her might when it came to the cereal box game:

Inspiring Boo and Scherri to get involved on the sidelines:

The sack race was a runaway victory for Clemi:

And Vicki powered through the space hopper race thanks to her excellent (slightly terrifying) coach:

And as we went into the final eliminator round, Noodle Live were in the lead with a 2 second advantage:

But at the relay progressed, Glisser channeled their inner sports day superstar and began to take the lead:

Clemi tried to close the gap with some serious game face during her egg and spoon relay:

But in the end, we had to conceive the trophy (for this this year!) and say a sporting well done to Team Glisser. 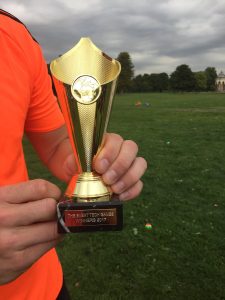 This was only the first installment of the #EventTechGames. Next year, we will be back, and we will be bringing other event tech providers with us. Watch out #EventProfs everywhere – we’ve got a point to prove.