You’ve gotta love the world of tech. Thanks to awesome technology, we’ll soon see hydrogen-operated buses on our streets, there’s an air quality Google Map on its way and we can all view beautiful pictures of a spiral galaxy captured by the Hubble Telescope. Feeling so woke right now. And that little lot all happened in the month of May!

Yep, we’re only halfway through 2019 and already the world of tech has treated us to a laptop revolution, some smooth talking AI, television screens that roll out of sight at the touch of a button and talking toilet seats, because who doesn’t want to have a chat with their latrine?

When we’re not busy being app developers for events, Team Noodle love keeping an eye on the latest tech headlines and news. We’ve rounded up the 9 best headlines that caught our attention over the last 6 months.

Robots Are Getting A Lot More Dexterity

Robots have been developing very rapidly over the last few years, with new tech enabling our machine-based companions to run, jump and even communicate with ease. Now, a company called OpenAI have focused on creating more dexterity for robots, with a human-like hand that can pick up and handle objects just like a person would. The robot is named Dactyl and is able to adapt to real-world objects thanks to training simulations. It’s an exciting step forward for robot technology as it demonstrates the ability of robots to be trained and then to use that training in real-world scenarios without detailed mapping of the physical world.

Get ready for disruption! The robots are coming and they look set to infiltrate the public-facing sector rapidly over the next few years. Expect robot waiters, AI information points and robotic transport carriers.

The Voice of AI Got Smoother

In another area of human-improvisation, personal assistants have been getting a make-over in 2019 with a much smoother and more realistic voice set to appear on Apple’s Siri and Google’s release of Duplex, an AI that will make restaurant reservations on your behalf.

As above, all of these advancements in AI and robot technology, mean that we could be seeing a lot more robots taking over from humans in service roles over the next few years.

Most people have heard of blockchain thanks to its association with BitCoin, but it’s actually a really fascinating technology system that could be about to change the way we record and store information. Blockchain is a digital database that stores information in a way that cannot be falsified. Now, French supermarket Carrefour have announced that they will be using blockchain to store information about a number of their products to ensure they can be tracked from production to store. IBM have also launched their Food Trust which uses blockchain to give in depth visibility in the food chain, offering unprecedented accountability for the quality of the food being produced and handled.

We’ve been interested in the ways blockchain could benefit live events for a while. As the event industry becomes increasingly reliant on data gathering and information sharing, it’s likely that we will see increasing levels of disruption in the way that information is stored and shared. This could be a really exciting advancement for app developers for events and for event tech as a whole.

Televisions Are Getting Revamped

Every January, CES in Las Vegas showcases some of the most interesting and unusual tech products in the world. This year was no exception and one of the most talked about products was the LG rollable television screen, an OLED TV screen that can roll down into a small base unit which doubles as a speaker.

ForwardX Showed Off Their Ovis Suitcase

Forget carrying your bags, the Ovis is an AI suitcase that will follow you autonomously wherever you go. It’s suitable for all airlines and is fitted with a GPS location tracker in the event that you and your suitcase buddy get separated.

Hello hassle-free travel. Forget back-breaking carryon bags and lugging kit around between venues, the Ovis is an #EventProfs dream.

AI Is Becoming a Must-Have Update for UK Businesses

A new report from McKinsey Global Institute has revealed that the UK is adopting AI faster than many countries around the world. AI tech promises to make businesses more efficient, more productive and faster-moving, with the result being a potential 22% boost in the national economy, and a 20% drop in cash flow for those companies that fail to adapt. As shown in this video, Ocado have become synonymous with high-level AI adaptation thanks to their fast-moving packaging processes.

As with all other industries, events will get faster and more efficient and there will be a greater expectation for #EventProfs to use AI tools and processes to keep up with the changing landscape.

Mac Released Their Most Powerful Home Computer Yet

At Apple’s annual WWDC event in California, the tech giant revealed a Mac Pro computer worth around $6,000 that is so powerful it could essentially produce and edit Avatar-like films and images. It’s one of the most powerful computers on the market and it’s set to be a game-changer for anyone working in visual effects or content creation thanks to the Apple Pro Display XDR with a 32-inch Retina 6k display. Basically, it’s powerful, high-quality tech and it’s amazing to see it available to purchase on a home computer.

The next era of mobile network is on its way and it’s set to make a huge difference to the way we view and use mobile devices. 5G promises to deliver video streaming at 10 times the speed of 4G and is set to be available on many networks in the UK by the end of the year.

This could be huge news for live streaming. With faster capabilities and increased opportunity for augmented reality overlays, 5G tech could open up huge possibilities for live events and event apps. 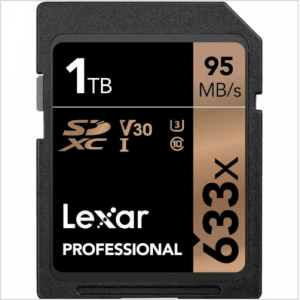 Remember the days of skimming through the photos stored on your camera to see which ones to erase because your SD card could only store 50-60 images at one time? Well, those days are firmly over with the launch of Lexar’s 1TB SD card. That’s 1 terabyte of storage on one tiny memory card. It’s the first of its kind to market and retails at around $500.

Content, content and more content. Better capacity to shoot during long events and the possibility of taking as many images as needed in order to capture the perfect shot.

Seen a great tech headline you think us app developers for events would like to know about? We’d love to hear about it! Get in touch @NoodleLive.