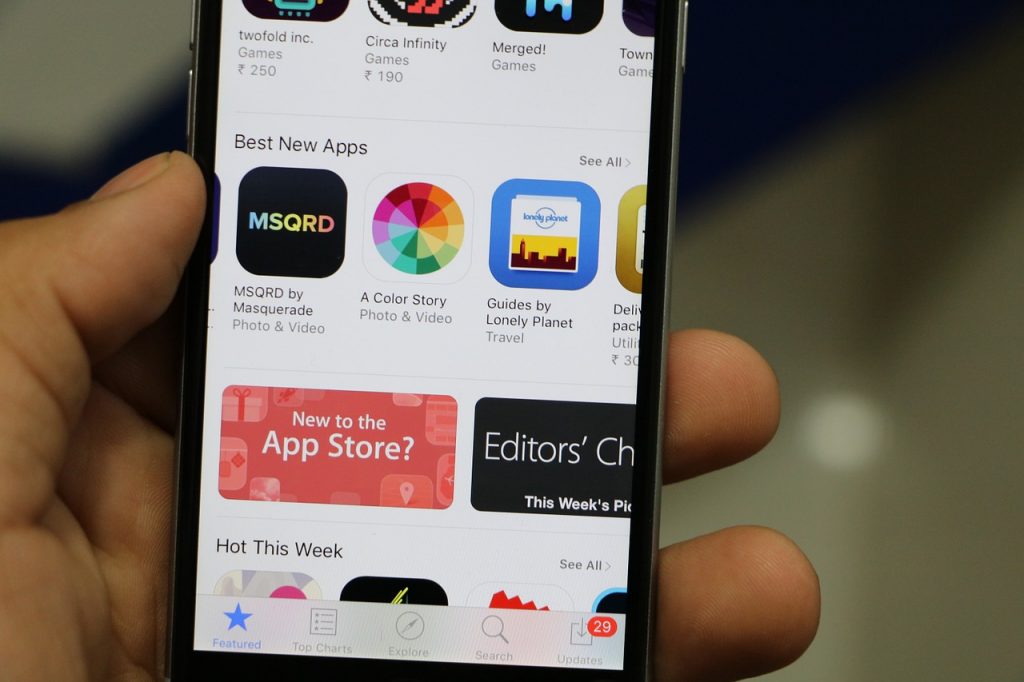 As part of the new App Store, back in autumn last year, Apple published new guidelines for submitting apps. The new guidelines caused concern amongst #EventProfs as they posed potential problems for white-label event apps which work form a template – an industry standard way of working. Back in October, section 4.2.6 stated “Apps created from a commercialized template or app generation service will be rejected.” For #EventProfs who use app templates to create new apps for each individual event, this sounded like very bad news.

It’s easy to see why Apple want to push this update forward. In their eyes, this is a move to reduce clone apps and spam apps that litter the app store, attempting to cash in on the latest trends with copycat products. However, until Apple clarified how far-reaching these guidelines will be, the events industry had cause for concern around the use of template apps and how far the new restrictions would run.

Over Christmas, Apple released revised guidelines which mentioned event apps directly. Section 4.2.6 was revised to state “Apps created from a commercialized template or app generation service will be rejected unless they are submitted directly by the provider of the app’s content. These services should not submit apps on behalf of their clients and should offer tools that let their clients create customized, innovative apps that provide unique customer experiences. Another acceptable option for template providers is to create a single binary to host all client content in an aggregated or “picker” model, for example…an event app with separate entries for each client event.”

Under the current regulations, Apple seem to be suggesting that template apps are acceptable when created for a client and submitted by the client themselves (rather than the agency who created the app). Apple would like each company or business to be fully responsible for their own apps and to actively partake in the app publishing process. Under this interpretation of the rules, it is still possible for app developers or app template designers to assist them in the creation of their app.

Ultimately, Apple want to avoid streams of apps that look and feel almost identical. Their focus is on stocking the app store with higher quality offerings. The new rules are not intended to target the event industry, although app creators will have to ensure that each app they release looks and feels significantly different to anything else they have previously posted to the app store, which could feel like a significant hurdle to some busy event agencies who are posting multiple apps every year.

Alternatively, app providers could consider creating one ‘container’ or ‘directory’ app that will host separate sections for each event or listing.

Tech journalist Matthew Panzarino did some research on the new rules and decided that there was scope for optimism. For him, despite the situation being unclear in Apple’s written guidelines, app-creation tools don’t have anything to fear for the time being. He believes that the new regulations are focused on reducing spam and clutter, not restricting high-utility apps like mobile event apps.

But what do event industry professionals make of the new guidelines?

Noodle Live
“Before the 20th Dec, the Apple store review guidelines appeared to reject all future commercialised templated apps from January 2018. Without further clarification provided from Apple, the event industry had to accept this at face value.
Most business would not have the budget for a branded native iOS apps for each event, so were looking at other solutions, like a centralised solution or mobile web applications.
At Noodle we prepared in the same way, hoping for the best that Apple would revise their policy and preparing for the worst by ensuring that we can still deliver experiences, just without the branded native iOS application.
On the 20th December 2018 Apple revised their App store review policy clarifying that commercialised templated apps will be accepted as long as submitted by the provider of the apps content.
From Noodle Lives’ point of view, we were back to normal as we have been submitting our event applications this way for years.
Clarification from Apple earlier would have been appreciated as many technology providers invested a high number of resources into alternative solutions which are now no-longer required.”
Glyn Roberts, CTO of Noodle Live

“I’m a little sceptical about the direction Apple are taking with this new regulation and with the wider changes to the app store. It feels like a monopoly. Apple are taking more control and forcing event app developers to work in a way that doesn’t necessarily suit the industry. At Noodle Live, our app release process won’t be heavily impacted by the changes and the new guidelines are largely inline with the way we work, but I don’t like the idea of Apple having significantly more control over the types of apps that are released. Generally speaking, the tech industry doesn’t put up with companies who want to monopolise the market.”
Clemi Hardie, MD and Founder of Noodle Live

Glisser
“Apple has clarified things, but it still leaves event organizers with a choice of a premium-priced ‘bespoke’ native app, or including their event in a ‘container’ app, which means a less branded user experience at a lower price point.
However, web-apps (which can be easily custom branded for clients and provide far more flexibility around last minute changes) are a much stronger option for many event planners.”
Michael Piddock, Founder of Glisser

Abbi Cannons
“If Apple really are relaxing the rules for event apps, this will be very good news for companies who have multiple brands and events. So glad #EventProfs are being listened to, especially when our industry contributes so much to the economy.”
Abbi Cannons, Key Relationship Manager for Slido App

Adam Parry
“Apple’s reasons are just. Spam apps should be removed from the App Store. However, this a blanket approach and it doesn’t seem to be the right one.
Let’s look at the fact that 74.6 Million Sites Depend on WordPress, with templates that can be downloaded by anyone and used to produce a product. The key differentiator here is that its the content that is different. This is also the case for event apps. Yes, the event “template” or building blocks may be the same, but the event, community and content aren’t.
At Event Tech Live we took the approach to work with an event app developer but open our own Apple Developer account. This may not be a 100% foolproof solution, but what it did do was open up a direct line of communication with Apple for us.
Overall, technology is booming in the event industry, I don’t think we should worry.”
Adam Parry, Editor, Event Industry News

Hopefully, the new amendment will mean that white-label event apps are allowed into the app store, which would be great news for #EventProfs and the wider industry as a whole.

Interested in using apps for your event? Get in touch with Team Noodle to find out more about how event apps can help you to reach your goals and measure the success of your event.

PrevPreviousThe New Apple App Store: Everything #EventProfs Need to Know
NextNetworking Events for #EventProfs, February 2018Next
Find Us On Facebook
Find Us On Twitter