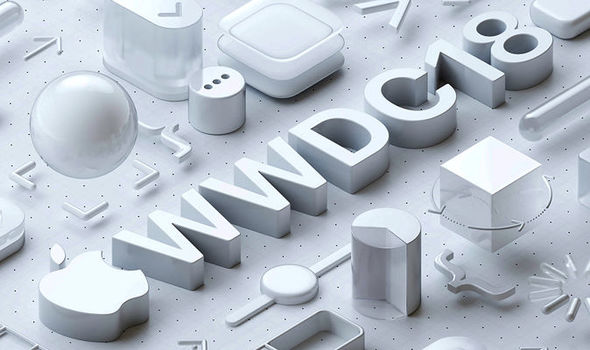 Apple are about to hold a huge developers conference that could reveal some new technology for events. The Worldwide Developers Conference (WWDC) takes place June 4-8 in San Jose, California.

If there’s one thing Apple know how to do well, it’s impressive, showbiz style announcements and showcases of their latest tech and products. Their September tech reveal is the best-known event on the international tech circuit as it usually involves the launch of a new iPhone and other Apple products that consumers can get hold of directly. But for tech Geeks, it’s all about WWDC!

The conference is aimed at developers and app creators who use Apple’s tech and create products for Apple’s various operations systems. The weeklong event involves a series of sessions and seminars, but the biggest event by far is the opening keynote, where important announcements and changes are revealed in Apple’s typical showbiz style. This year’s keynote is taking place on June 4th at 6pm UK time (10am California time).

The pressure is on for Apple this year. Google recently held their annual developers conference, I/O 2018 and they pulled out all the stops with some awesome new features – so all eyes are on Apple to respond.

If you have Apple TV, you can tune in via the Events app, or for the first time, you can now watch the event streamed live on Chrome, FireFox and Safari browsers (traditionally Apple have insisted that users watch via Safari). Windows users can watch via the Edge browser.

Usually, in the days before the big keynote, rumours about outlandish new developments and releases are rife (many of them often prove to be true), but this year has been quieter than normal. Here’s what Noodle Live are expecting:

Every year, Apple announce big updates to their iOS operating system. Some rumours were circulating that iOS12 would involve significant home screen updates, but in recent days that expectation has changed. We’re now expecting more stability and security improvements than big redesigns. Following some significant bugs in iOS 11, there is now an expected focus on security and performance. That might feel unexciting at first glance, but it could go a long way to reassuring anxious consumers and developers.

Despite that, it is still likely that iOS12 will include a continued focus on augmented reality and that Siri might get a long overdue update including new voices. Since launch, Siri has dramatically lagged behind the advancements of other smart assistants including Amazon’s Alexa and Google Assistant. Some serious updates to the functionality are needed to bring Siri up to date, but it remains to be seen whether this will be announced at WWDC.

Most exciting of all, there is a rumour that iOS12 will include an expansion of the NFC chip so that it can begin to do things such as open hotel room doors and of course interact even more smoothly with event touch points. For Team Noodle, NFC adaptation will be a key new technology for events in coming years. We launched the first every NFC enabled event app earlier this year, so we’ll be watching for this update with interest.

Amongst other rumours that have been circulating, there is talk of parental control being increased for young people’s phone use in response to concerns over the level of usage amongst under 18-year-olds. There may also be more functionality for the gesture control feature.

After Apple’s acquisition of Beddit last year, there are some expectations that they will add a sleep-tracking feature to the Apple watch. Some reports have suggested that new watch faces will also be available and that some tech will be put in place to move towards an ‘always on’ watch face in the near future. There’s also an unsubstantiated rumour that Spotify could be coming to the Apple Watch.

Apple has expressly stated that it’s working on an update for their Pro customers that will include a high-end display, but they haven’t given a timeframe yet. WWDC could well be the time and place for the long-awaited new addition. It was recently reported that stores were running out of MacBook Pros too – a big hint that something new is about to land in their place, so a new MacBook may well be about to launch.

The Mac operating system will also undoubtedly be getting an upgrade, with some suggesting that we may see some integration with iOS apps – although some critics have suggested that this doesn’t look ready to launch quite yet.

Apple have also been making headlines with news that they are branching out into making original TV content that they hope will rival Netflix and Amazon Prime. Earlier this week they ordered an Emily Dickinson series with Hailee Steinfeld. Apple may well use WWDC to talk more about their future plans in this area.

It’s not unheard of, but it is unlikely that Apple will release any new hardware this week. They usually save these big reveals and announcements for their September event so we can look forward to the iPhone X2 later in the year. Rumours are also rife that Apple are working on a cheaper version of iPhone X too, and tech experts are expecting some kind of iPad Pro update that will utilise some of the same tech we’ve seen in the iPhone X, such as facial recognition and a TrueDepth camera. Insiders are also waiting for a major revamp of the MacBook Air, so there’s a small chance that WWDC could be the setting for an unusual hardware reveal.

Interested in more news about new technology for events and cool tech announcements? Take a look at the Noodle Blog for regular updates about the latest technology trends of the event industry.