Apple WWDC 2018: All the Event Industry News for #EventProfs 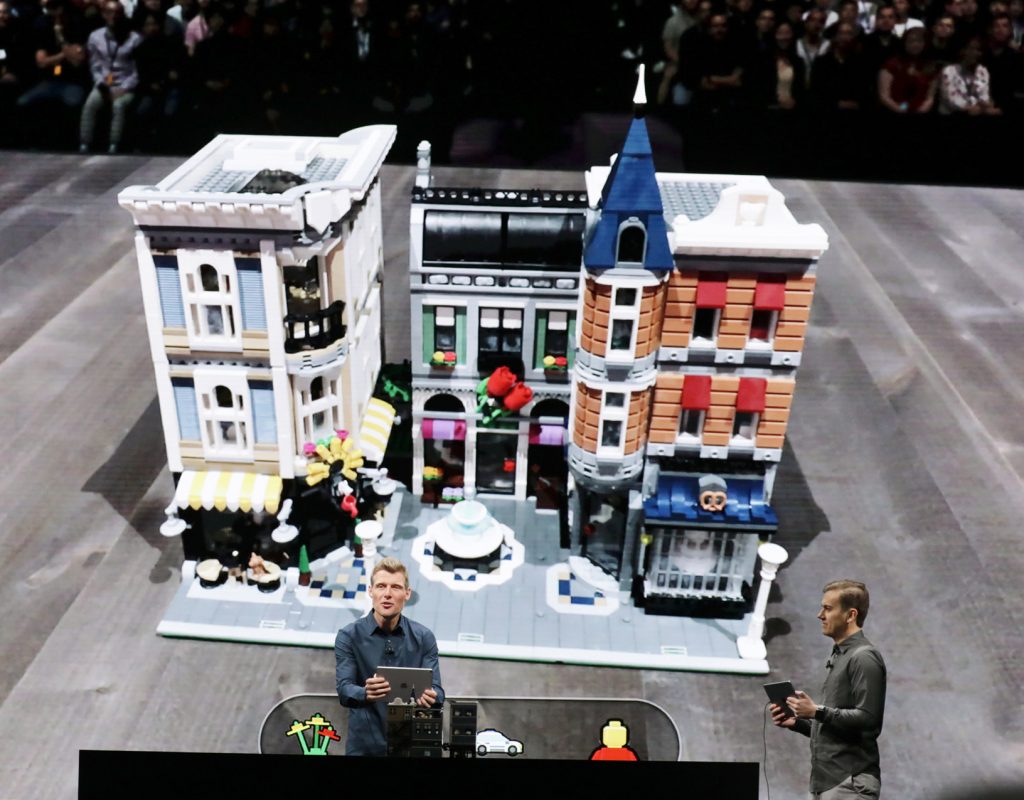 Missed the WWDC keynote speech on Monday June 4th? No idea what WWDC is? Just want to know the latest event industry news and tech trends for #EventProfs? You’re in the right place!

Every year, Apple host a large-scale worldwide developer conference where they reveal the latest updates they are making to their software platforms and invite app developers and programmers from around the world to join them online and in person to find out more about the updates and software additions that will be coming over the next 12 months.

Basically, for geeks like us event app developers, it’s a pretty big deal and a place to get inspiration and ideas for some cool new features and updates to our apps.

For many, WWDC 2018 felt like a critical moment for Apple. Financially, Apple they’ve been looking strong in 2018, but from a PR perspective, it hasn’t been the best start to the year with concerns over HomePod leaving rings on wooden tables, a host of security concerns and defective MacBook Pro keyboards. So, what were the highlights of WWDC 2018?

The event will run until June 8th, but the presentation everyone wants to watch is the keynote speech. It’s usually headlined by CEO Tim Cook and gives a quick overview of the biggest updates and announcements from Apple this year.

True to form, the 2018 WWDC keynote was heavily focused on software. Despite high expectations, Apple fans will have to wait a little longer for the much-anticipated hardware updates that we’re being promised including new iPhones and a slick new MacBook.

For some, this year’s WWDC announcements felt a little underwhelming. It’s clear that Apple are focussing on security and performance – which is probably the right move for the company at this point, but it didn’t lead to the most sparkling or inspirational of tech reveals. However, it could be a case of the finer details paying off –as some of the announcements could open up interesting possibilities for developers.

Apple announce a significant update to the iPhone and iPad operating system ever year, and this year there were no surprises for guessing that they would be releasing iOS 12. For app developers, updates to the platform are what it’s all about as we work out what we’ve got to work with in 2018. The iOS 12 developer software is available to download in beta from today.

The anticipated home screen redesign for iPhones and iPads didn’t materialise this time around. Instead, there was a focus on making the iPhone faster and more reliable. Apple claim that the iOS 12 update will make the keyboard, apps and camera significantly faster.

There’s also the addition of a digital health dashboard which has been set up to try to tackle overuse of smartphones. The dashboard allows users to set up ‘Do Not Disturb’ messages for bedtime and other quiet times as well as timers to monitor how much time you are spending on individual apps every day – although the alerts can be overridden. 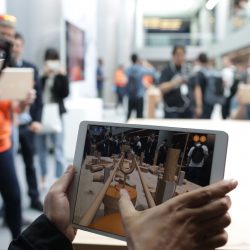 As predicted, Apple continued their focus on augmented reality features for app developers with the expansion of their augmented reality kit. They’ve now teamed up with Pixar to improve the ways that the kit can help merge the real and digital worlds.

As part of the focus on AR, Apple revealed a new app called Measure, which allows you to take items in the camera screen and size them up or reposition them using simple drag and drop. Lego took part in the demonstration, showing a Lego building coming to life with Lego figures strolling around and a chance to look behind the walls of the building.

AR could be a really interesting feature for event apps as it continues to grow and develop. The app could #EventProfs to bring their event environment to life, add augmented reality features such as floor plans or alternative venue decorations etc. The benefits of AR event apps are still yet to be fully explored. Watch this space! 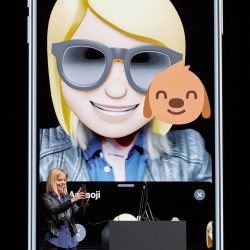 Apple are always keen to be ahead of the game when it comes to emojis and expressive messaging icons. This year they unveiled the ‘memoji’ – allowing users to create detailed emojis that look like them and respond like them. They can even stick their tongues out on request.

There’s always a strong focus on camera and photos in Apple’s software updates as that tends to be a consumer favourite. This year, Apple are adding smart suggestions on what to do with your stored photos including turning them into Live Photos or sharing with the people in the photos.

Before the event, rumours of a significant update to Siri were rife and, as predicted, there were some updates to make the virtual assistant more useful– but nothing as significant as the tech experts predicted. Siri can now process detailed command chains via a ‘Shortcut app’ that can trigger several processes at once eg ‘I’m coming home’ could signal a message to your housemate and also tap into your smart home app to switch your heating on. Siri can also remember details like which radio station to play and what your favourite coffee order is. Siri will also start to offer suggestions based on regular activities and actions you perform – such as suggesting fitness apps if you’re a regular gym user.

Given that Siri is critical to the success of Apple’s HomePod speaker system it was surprising not to see a greater overhaul to this tech which is Apple’s greatest hope for a rival to Amazon’s Alexa.

Mac is also getting an upgrade to its operating system with the release of Mojave.

In recent years, Apple have been accused of ignoring Macs in favour of updates for iPhones and new tech, but Mojave hails a significant return to great quality computing software.

The biggest news for developers here is that it will become easier to bring iPhone apps to bigger computers. The software won’t be fully available until 2019, but Apple were happy to provide a preview and show how easy it will be for developers to port their existing iOS apps to macOS Mojave. That’s great news for event tech as it could allow users to access their event app across tablet, smartphone and laptop for a more comprehensive experience.

Noodle Live apps for events allow users to collect and download documents such as speaker profiles, session notes and floor plans, so being able to access those from a synced desktop would be really useful.

The new system will also feature dynamic wallpaper which will change throughout the day – the Mojave wallpaper will change from dawn to dusk, matching the sunlight conditions in real time. A new ‘stacks’ feature will also sort similar file types on the desktop into piles to avoid clogging up your desktop.

There weren’t any huge, razzle-dazzle announcements at this keynote speech, but Apple are clearly looking at the bigger picture. They’re rolling out a whole host of smaller features that should make users experience more enjoyable, more secure and more interactive.

Team Noodle will be looking at the development of the augmented reality kit and also looking at ways to make the most of Mojave’s new features. Nothing to shout about, but a pretty solid range of forward-thinking updates that could lay the groundwork for some pretty interesting developments for apps for events.

Want more great event industry news? Follow Noodle Live on Twitter or drop by our blog. Or feel free to pick up the phone for a quick chat about our apps for events or RFID badging systems (quick disclaimer: Team Noodle know how to chat…and chat…and chat).

PrevPreviousApple’s WWDC: The Rumours #EventProfs Need to Know
NextJuly Events for Event ProfessionalsNext
Find Us On Facebook
Find Us On Twitter