Event Tech of the Month: Robots 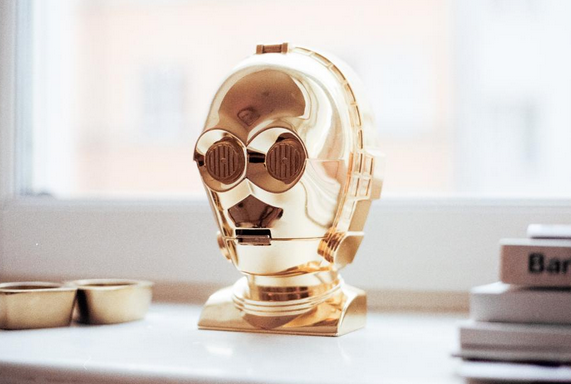 Forget VR, 3D printing and drones, 2017 will be the year of robots for events. Robots have been creating unexpected waves in the world of event tech.

Not quite, but almost. Hollywood have been plastering images of robots across our screens for years now, but 2017 is the year that real robots will start to walk amongst us. They’re popping up at airports, in hotels and restaurants and or course, at events too.

Back in January robots dominated a lot of tech headlines at CES, the world famous tech showcase in Las Vegas. Pepper from SoftBank Robotics showed an uncanny human likeness by ‘reading people’s emotions’ and responding appropriately. Kuri took the prize for being the most adorable robot on display. At 20-inches high it was able to memorise a map of your home and act as a home help and companion. Issue a simple voice command and Kuri will begin recording video and image. It also acts as a doorbell and telephone alert. Yumii with Cutii was one of the most hard working robots at the show. It has been designed specifically to help elderly residents around the home. It can remember shopping lists, automatically make Doctors appointments, contact family members or help out with basic household chores. 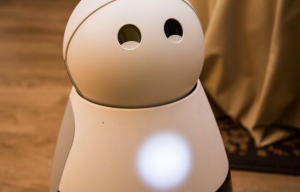 Robots have taken a giant leap in the last few years thanks in part to the increase in Artificial Intelligence (AI). Just like Google’s Alexa and Apple’s Siri, modern day robots are starting to talk, listen and remember details you’ve told them before.

What do delegates get?

Primarily: great entertainment. Evotion specialise in robots that can be hired for events. They have show robots, like the drawbot Hikibo who paints on walls with the help of eager event attendees, and they also have more functional robots including photography bots, information bots and translator bots.

Eventually the hope is that robots will become fully functional and will be able to staff events, making life easier for your guests. At the Aloft Cupertino Hotel in California a service robot called Botlr has joined the staff. As a member of the butler team he makes deliveries to guest’s rooms. In Japan a robot staffed hotel called Henn-Na boasts a workforce of 90% robotics.

What do #EventProfs get?

At this stage robots are not that cost efficient and are still relying on novelty value. As the tech evolves and gets more affordable, #EventProfs and all service industries could begin to use robots on a regular basis.

Robot technology is evolving quickly. Over the next 12 months we are likely to see plenty of innovation and growth in this area. But robots will need to get a lot more functional and affordable before they become part of an everyday event tech package. Artificial intelligence will need to mesh seamlessly with great functionality and reliability. Nobody’s really managed to combine all of those elements – yet.

The rise of the robot is significant. The government will need to act quickly to make sure the law keeps up with a new robotic workforce. Laws around social media moved far too slowly and we’re still seeing a mess of confusion in that area, so laws around electronic workforce regulations will need to move fast.

Collaborative robots are likely to be a large area for growth in coming years. The Internet of Things is a really exciting concept – essentially it refers to a hidden internet of connected objects that talk to each other and help make our lives easier. For example, our fridges might start ordering a new lighbulb for themselves via Amazon before the old bulb has even gone out. As more of our everyday objects connect to the internet robots could take on the role of overseer or manager, gathering all of the information being created and deciding what is important and what is not.

Can it be used with Noodle tech?

Yes! Meet and Greet is one area that robots are expected to begin appearing. At Noodle Live, that’s not too much of a surprise. We’ve been using RFID badges and wristbands for events for the last 4 years. They help us to make arrivals and registration as quick and easy as possible. When you swipe one of our badges you receive a personal welcome message with your name and reminders for the events you have signed up for. Our badges are part of the growing Internet of Things. If we choose to give them a more human interface, they would technically become robots. It’s not a huge leap.