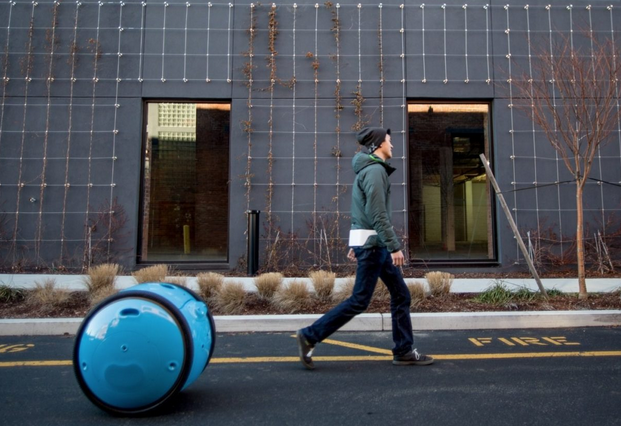 It may only be February, but the world of tech waits for no man. Not only have we already seen some exciting announcements coming out of CES 2017, there have also been some great tech reveals from around the world too. We took a break from making our mobile event apps to put together a list of the ones we’re most excited about: 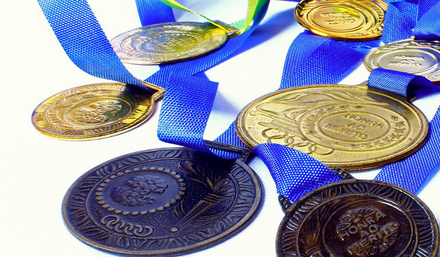 What? The Tokyo Olympic organisers have announced plans to use recycled smartphones as the basic material for their 2020 medals. They need to create around 5,000 medals and have set up collection boxes in phone shops around the country.
What makes it awesome? Unwanted phones and computers are becoming significant problems in waste management thanks to the fact that they take a long time to degrade and contain large amounts of toxicity. Turning them into medals would convert them into signs of hope for future generations.
Any down sides? We’ll never get one.
Why should #EventProfs pay attention? You may not want to invest in recycled smartphone medals for your events just yet, but it’s worth paying attention to the major trend for recycled goods. Apparently, they’re worth more than gold, silver and bronze combined these days.

What? Robots are really having their moment in the spotlight this year. CES was full of robots of all shapes and sizes to entertain the crowds, but their most exciting iterations are the ones that are really useful. The personal cargo robot is a bit like a suitcase that carries itself. No more wheelie bags, these two-wheeled spheres can move as fast as a bicycle and move autonomously as their human operator moves.
What makes it awesome? It could change the way we travel. No more lugging and sore shoulders. This is one of the most practical uses of robot technology out there.
Any down sides? It will be a while before we are all able to own our own personal cargo robots, so we’ll still be carrying our kit ourselves for a good few years yet.
Why should #EventProfs pay attention? Events require huge amounts of carrying and moving goods around. The idea that robots could soon do this for us is a really important one for events. It could cut staffing costs and increase our ability to transport goods from place to place. The tech still has a long way to go yet, but it will be great once it’s ready to use.

A Robot Bat That Flies Like The Real Thing

What? A thing of nightmares. This robo-bat flies like the real thing and has wings made of silicone. Bats are one of the most efficient and complex animals in flight and this robot matches the rhythms and moves of real bat wings for surprisingly versatile flight. It’s not a remote control either. It works autonomously and can track objects using a built-in micro-camera before making a perched landing.
What makes it awesome? The team behind the bat-bot are hoping to learn from bat flight to improve the future of aviation and drone flights.
Any down sides? We will never sleep soundly again.
Why should #EventProfs pay attention? This could be really fun tech to entertain guests at your events.

You can Now Retrofit Your Watch to Make it NFC Capable 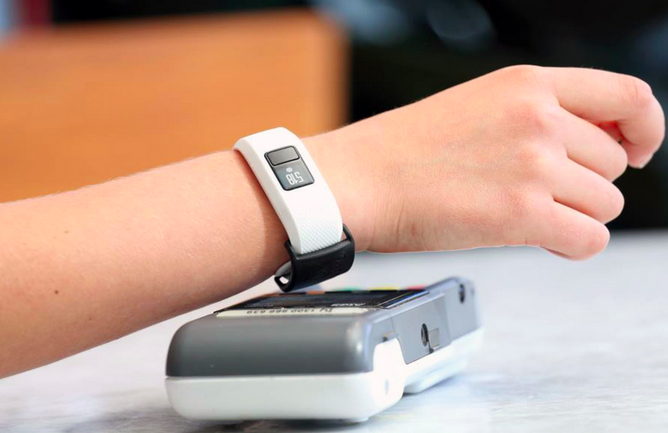 What? The world of wearables is still tipped to be big news for tech, despite the fact that it hasn’t captured the popular market so far. A new startup has taken the initiative to look at ways that people can keep their existing watch or jewelry and still enjoy some of the benefits of a smart-watch – mainly, being able to make NFC payments using your wrist. The Curl is a small NFC card contained in a waterproof protective coating that clips on to your existing watch.
What makes it awesome? You don’t need to wear a clunky smart-watch to enjoy the benefits of always-ready payment. NFC is easily programmable too, so the card could be used for more than simple payments.
Any down sides? It’s not exactly micro. Expect to notice the addition to your wrist as the package is still a little clunky.
Why should #EventProfs pay attention? The race is on for tech companies to find a way to make contactless payment instantly accessible, but NFC works for more than just payments. At Noodle we use NFC cards in our event tech to help make registration quicker and easier, to speed up session sign-in and to create instant lead-capture. We’ve been waiting for Apple to open up their NFC capability on iPhones to 3rd party users, but they seem to be reluctant. If another tech agency manage to create an NFC card that everyone is happy to carry with them on a daily basis, your event tech solutions could become a whole lot more simple.

Doppler Here One Wireless Headphones Are Getting Ready to Ship 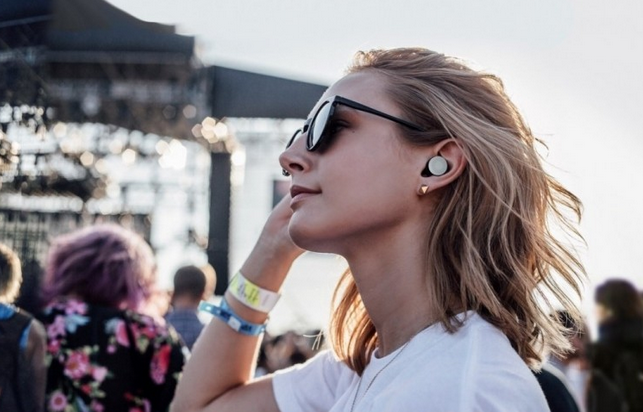 What? Ever since Apple’s announcement that the iPhone 7 was not fitted with a headphone jack, the race has been on to create the best wireless headphones. Apple’s own AirPods didn’t excite the critics, but these Doppler Here One wireless headphones come fitted with noise-cancellation functionality, making them some of the most innovative of the bunch. They’ve been taking pre-orders for a few months and have now confirmed that shipping will begin any day now.
What makes it awesome? These headphones are different from other wireless headphones. The sound quality promises to be a lot better whilst still managing to stay streamlined and slick.
Any down sides? We won’t know until the orders begin to ship later this month.
Why should #EventProfs pay attention? Whether consumers are ready for it or not, wireless headphones are going to become a must-have accessory. 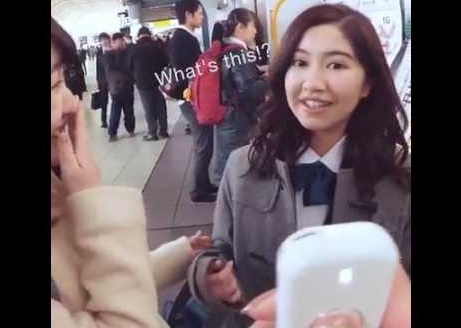 What? Earlier this month a Facebook video went viral after it showed a simple tech device that was able to record voice messages and instantly translate them into another language, making international communication a breeze.
What makes it awesome? Travel. People. Talking. No language barriers. Everything.
Any down sides? Ok, so there’s a delay in the conversation and ultimately, you’re talking to a robot rather than a person, but it’s better than not being able to communicate at all.
Why should #EventProfs pay attention? It will make international events a lot easier and could be the key to smoother registration and interactions that work for everyone.

Amazon haven’t Given Up on Drone Delivery

What? For a while there was wide-scale speculation that Amazon were hoping to use drones to create instant delivery services. So far, it hasn’t materialized, but during a high budget superbowl ad, the company seemed to tease fans with the suggestion that it could be coming soon. The advert showed a couple ordering doritos via Alexa. A drone hovers in the background of the shot whilst a disclaimer reads “Prime Air is not available in some states (or any really). Yet.”
What makes it awesome? Instant delivery could be a game changer. Amazon are already offering Prime Now which allows users to order goods on same day delivery, but drones could speed up delivery times to a matter of minutes – if Amazon can crack it.
Any down sides? We may never leave the house again.
Why should #EventProfs pay attention? Instant delivery could change events radically. Trade shows could offer instant delivery to your home or office at the press of a button, event organisers could stock up on last minute goods in an instant and catering emergencies could be a thing of the past. 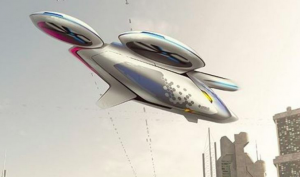 What? Flying cars have been the sci-fi symbol of the future for years, but 2017 may be the year we finally get to see them in action. Airbus have announced plans to test drive their flying car prototype before the end of year. They are looking at single passenger vehicles and package delivery drones.
What makes it awesome? Flying cars.
Any down sides? They are only testing protytpes at this time, so it could be a long time before we can take to the sky for our daily commute.
Why should #EventProfs pay attention? Because flying cars are awesome. This is the tech of the distant future and won’t be available for years to come, even it makes it past prototype stage, but if flying cars become a reality they could replace driverless cars as the transport tech to watch.

We love hunting out new cool tech on the web, but we sometimes miss things because we’re too busy making our awesome mobile event apps. Did you see something awesome this month? Let us know @NoodleLive.