10 Things You Never Knew About RFID 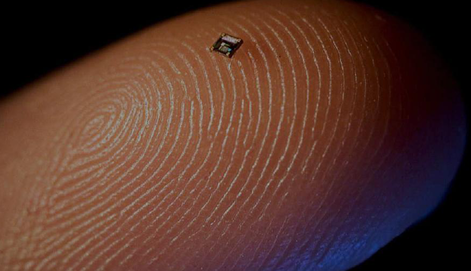 Think you know RFID? Or maybe you think you don’t know RFID at all. That would be fair enough (it’s pretty techy and geeky).

The tiny tech that powers your Oyster card, tracks runners times at marathons and helps Noodle Live event tech to make registration and session check-in ridiculously quick and simple. It’s simply a small chip that contains information or data that can then be read by an external device. For example, your Oyster card contains information about how much money you have available to travel, so that the card reader can decide whether to let you travel or not.

So as we said. Quite geeky. But that doesn’t mean it’s boring. Here are 10 things you never knew about RFID.

RFID Could Change the World As We Know It

Yeah, we went big. RFID plays a role in creating something called the Internet of Things, which is basically the idea that most of the products we own will be connected to the internet in some way and will be able to regulate themselves. We’re talking fridges that order new bulbs for themselves from Amazon before the current bulb runs out, bins that alert you when they need to be taken out and plant pots that automatically water the plants once the soil gets dry. At the moment, computers rely on humans to tell them what to do, but the Internet of Things suggests that objects could self-regulate themselves, vastly reducing our ever-growing to-do lists. The technology that would power this Internet of Things? Mainly RFID and something called sensor technology, which would read the information sent out by RFID tags and act upon it.

RFID Was Invented in the 70s

Yup. It’s peacock chair of the tech world. It’s been around for years, but it’s recently undergone a massive revival and is starting to reappear all over the place. The fashion and retail industries are particularly interested in using RFID to speed up checkout and stock checks amongst other uses. At Noodle Live we use RFID to make life easier for #EventProfs and their attendees.

You Can Get an RFID Blocking Wallet 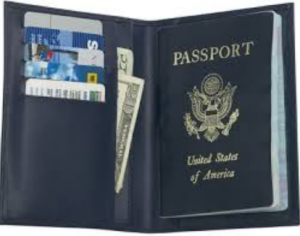 We don’t like to be alarmist. But several companies are now stocking RFID blocking wallets to avoid you making payments for things you didn’t mean to. Your chip and pin credit card, your Oyster and even your passport contain sensitive information about your identity that can be read by RFID readers. Some commentators worry that this means a whole new avenue for tech savvy identity thieves and fraudsters.

RFID Was Invented by Soviet Spies

One of the first predecessors of modern RFID devices was actually a small bug created by a Soviet Spy called Leon Theremin. He concealed the device in a gift and gave it to the US Ambassador in Moscow on August 4th 1945. It remained actively in use in the Ambassador’s office for more than 7 years until a British radio operator accidentally stumbled upon the signal and exposed the deception.

The Vatican Uses RFID To Keep Track of Ancient Manuscripts 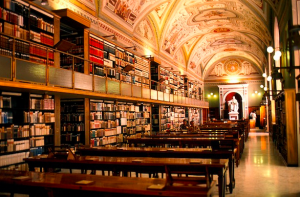 Yep, Team Pope use RFID in their very own library. It’s tough to keep track of thousands of ancient manuscripts that are totally invaluable, so the clever boffins at the Pope’s gaff use RFID tags to keep track. The tags help them to locate misplaced items and organise shelves. Best of all, the inventory check which used to take them weeks to complete will now only take them half a day.

Hitachi make the world’s smallest RFID chip. It’s designed to withstand harsh environments making it suitable for special projects. It’s been used on man hole lids, to tag plastic pallets and even for being placed on to the back of honey bees to track their movements.

RFID Is Likely to Play a Huge Part in Driverless Cars

A government think tank into the future of transport suggested that it was likely that driverless cars using a combination of AI, embedded sensors, GPS and RFID would be taking over the roads. Like Uber pool but without any drivers. 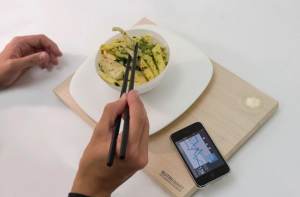 Find out where your food was made, how far it’s traveled and what the nutritional content is using RFID tags that are placed inside food products and are 100% edible. Creator Hannes Harms imagines that people will keep smart fridges in their homes which will tell them when their milk is going off, or when ingredients you are allergic to are present in your food. The prototype also comes with a plate that can add up the total calorie content and nutritional information.

RFID Could Get You Your Beer Faster

Forget huge queues before gigs and slow service at the local bar. RFID beer taps are self-service so you can tap your payment chip and start pouring. Bars and #EventProfs should pay attention too as they stand to improve their revenue from the taps by increasing the number of people who can be served in a short space of time.

Convinced by the power of RFID for events? At Noodle Live we specialise in using RFID and NFC alongside event apps to create awesome event tech packages that work hard for #EventProfs and their delegates. Feel free to contact us and we’ll can arrange a visit to Noodle Towers so we can show you exactly what we do.

PrevPreviousCan You Demonstrate The ROI Of Event Tech?
Next8 Best Tech Headlines of 2017 So Far…Next
Find Us On Facebook
Find Us On Twitter