App of the Month: Granary Squirt 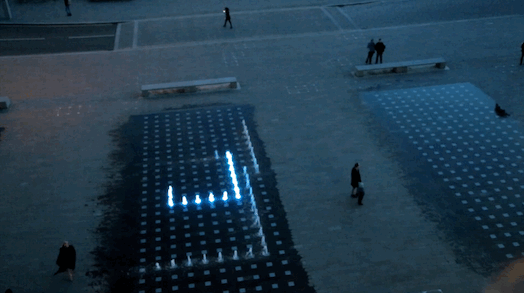 Apps allow you to take control of many things in your life. At Noodle Live we specialise in making apps for event venues and conferences that help people to engage with their surroundings and gather vital information in seconds. As clever as our apps are, one thing they don’t do is let you take control of major London landmarks. Not so for the folks over at Granary Square.

Granary Square in London’s King’s Cross is one of the newest additions to the capital’s gentrified spaces and is being touted as the new heart of the neighbourhood. As well as housing a number of bustling restaurants and the new campus for Central Saint Martin’s art school, it also features an impressive choreographed fountain display that contains more than 1,000 jets. On summer evenings young children run through the water to stay cool while the jets dance to choreographed music and light displays. It’s a pretty cool sight. Now, thanks to an app released by the fountain’s designers, you can take control of the fountain display and even play snake with the jets.

Remember the heady days of the Nokia 6110? A battery that lasted for 5 days at a minimum, the ability to send instant text messages and best of all, a game – on your phone! Nokia introduced us to Snake in 1998 and it was an overnight success, boosting their sales and putting them at the forefront of the mobile technology arena.

Although they’re largely credited with popularizing the game, Nokia didn’t invent it. The arcade game Blockade, released in 1976, had a similar concept and in 1977 Atari’s Surround also used a similar design. But Nokia were the first people to put Snake in our pocket, and the world of mobile gaming would be eternally grateful. 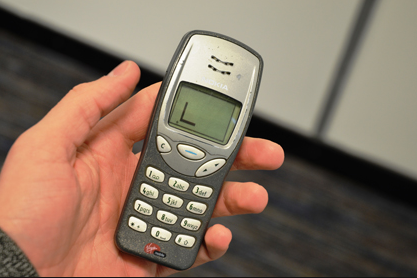 Now, the game is getting its latest revamp as Granary Squirt allows you to play with virtual snakes using the fountain jets at Granary Square. Simply download the app, pay a visit to Granary Square between 4pm-5pm, log in to the cloud wifi and the app will tell you where to start and the colour and direction that your snake is taking. After that, it’s over to you.

For EventProfs, this new app should provide plenty of food for thought for future projects and is well worth a go. Integrating game controls that allow people to interact with their surroundings into apps for event venues could be a really fun way to engage delegates and visitors. 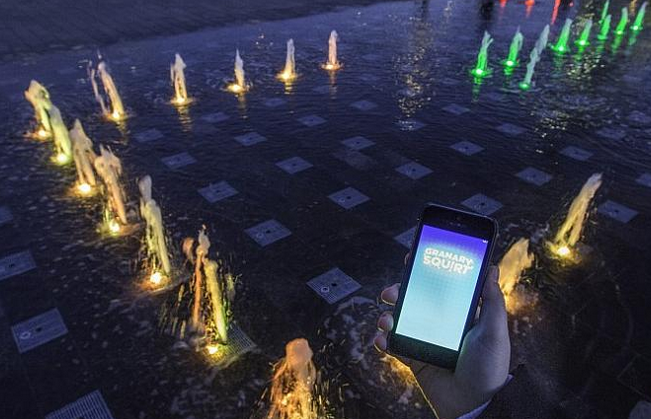 The creators claim that this is the first ever fountain remote control app. Sounds plausible.

Snake is just the first in a series of games that are to be released this year. Once you’ve downloaded the app you’ll get updates as soon as a new game is available. Up to eight people can play Snake at any one time and the aim is to dodge the sides of the container and the other players, so be prepared for some serious competition.

Yes! And do it quickly before too many people hear about it. Queuing to be King of the fountains just doesn’t have the same affect. Expect stares from mesmerized tourists and passers-by.

Interested in finding out more about adding fun and games to your apps for event venues or conferences? At Noodle Live we specialise in creating bespoke event technology solutions to meet the needs of guests and event organisers. Contact us to find out more.