What Does The Apple Launch Mean for #EventProfs and Event Apps? 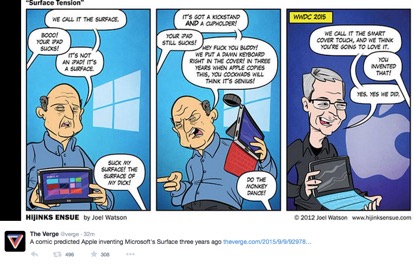 On 9 September Apple held one of their most anticipated tech launches ever. Apple fanatics around the world were holding their breath and queues started appearing outside Apple shops before CEO Tim Cook had even stepped on stage.

Not an Apple super fan but still interested in how the new tech will affect the event industry and event apps? Here’s the Noodle Live guide to everything you need to know:

It’s basically a massive iPad. The screen will be 12.9 inches, making it similar in size to the smallest of Apple’s laptop screens. For Noodle, the most exciting part of this launch were the accessories that will accompany the new iPad. An attachable smart keyboard is available for $169 and the Apple Pencil (more details below) will allow precision touch, making it a potential substitute for anyone who is looking for a more portable and versatile alternative to a laptop. So basically, everyone.

The iPad Pro could be a great tool for EventProfs. It’s transportable, great for use on the move and it’s new split screen ability will allow you to use the extra screen space to juggle different to-do lists and event apps at the same time. The iPad Pro will also work really well for displaying media at events.

Huffington Post UK applauded the new arrival, suggesting it could kill the MacBook Air, whilst Forbes saw the potential benefits for small businesses. 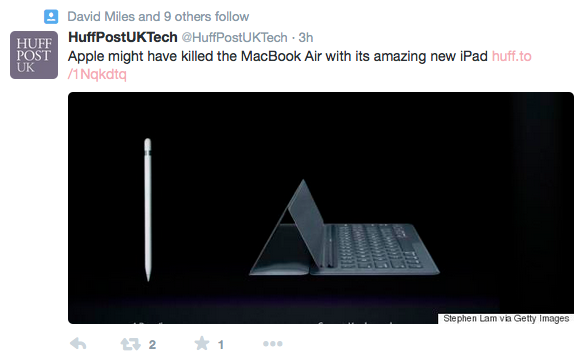 The most expensive pencil in the world. Similar to a stylus, the Apple Pencil is pressure sensitive and is designed for use with the iPad Pro. Apple’s in-built apps have been updated to support use of the pencil, and third parties including Adobe are already updating their apps. The Pencil is incredibly sensitive, allowing it to pinpoint tiny areas of the screen. It can be plugged into the iPad itself for charging on the go.

Another thing to find a pocket for! The Apple Pencil could be great news for EventProfs, making it easier to take notes and create accurate documents on the go. iPad and iPhone apps for events could also get new features that work with the Pencil.

Although it will probably prove to be popular in the long run, this was a tough sell on the day for Apple. Social media erupted into fits of giggles thanks to the pretentious name and inflated price tag.

This is the first upgrade of the Apple Watch as it becomes Watch0S 2. Apple are promising many more apps including Airbnb and Facebook messenger which could help to make the product a lot more useful. Also, Apple will now be partnering with Hermès to create new, chic looking watches.

What does it mean for #EventProfs?

If you want to use an Apple Watch to help you stay in touch while you’re on the go, you can now look super fashionable when you do it. Lessons learned from the gawky Google Glass? The new app releases will also mean that you can do a lot more with your Apple Watch including booking a place to stay and staying in touch on the move, which is great news for busy event professionals. No more digging around in your bag to find your phone!

Meetings and event professionals were very excited about the potential for updated apps that are easier to run. This could mean the Apple Watch will become a much more important platform for event apps in future.

Before the event there was a lot of speculation about the upgrades that Apple would make to their existing TV service. Essentially, the changes add up to a revamped system with a motion-sensitive, touch surface remote and its own third-party App Store, tvOS. As with the iOS App Store, it’s unclear how successful it will be or how many developers will create apps for it. If developers embrace the idea we could see whole new functionality being brought to our living rooms.

At yesterday’s launch Apple demonstrated games for the new Apple TV, including Guitar Hero and Crossy Road. The games make use of the new remote control with motion-sensitivity. Apple Music will also be available on the new Apple TV, as will a new shopping app called Gilt. The lovely Siri is also built in to the new remote so you can perform voice activated searches for the shows you want to watch or just ask her silly questions if you get bored.

Event apps could be added to tvOS, creating a companion to iPhone apps for events. Delegates could check information on their television screens before heading off, or be invited to watch relevant video before and after the event. This could be a great way to distribute video of the event itself, both to those who attended and to those who were unable to be there.

Generally positive. The addition of the app store made a lot of tech journalists and consumers very excited, although TechCrunch and BuzzFeed pointed out that aside from the app store, there aren’t any real game-changers for traditional TV.

iPhone 6s and 6s Plus Launched

It looks almost exactly the same as the iPhone 6, but Tim Cook confidently announced that the new iPhone 6S phones are “the most advanced smartphones in the world.” The main upgrade seems to be the addition of ‘3D touch’, which allows you to use different pressure on the screen to perform different tasks. Apps including Instagram have already begun updating their functionality to incorporate 3D touch, so look out for new updates to most major apps.

The new camera, known as iSight is an impressive 12 megapixels. Important update for selfie lovers: the front camera will now be able to use the iPhones display to create a flattering Retina Flash. The 6S can also capture a new type of media called Live Photos. They look like regular photos, but when viewers use 3D touch to tap on them they reveal a few seconds of video and sound, like a gif. The new phones are also available in a new pinkish colour which they Apple romantically calling rose gold.

The 3D touch feature could present great new opportunities for iPhone apps for events while the new camera and Live Photo feature means that there will be even more great quality media to choose from after the event.

Pre-order from 12 September, shipping on 25 September.

Generally positive with a lot of excitement around the new camera features. On social media many people pointed out that 3D touch has a lot of similarities to Microsoft Surface. Vice magazine even tweeted a 3-year-old comic strip that predicted today’s announcement.

Overall, Apple’s tech launch was an exciting one for event professionals with plenty of juicy new tech products that could impact event tech. Our Noodle Live developers will be exploring 3D touch, tvOS and iPad Pro as possible new avenues for event apps and iPhone apps for events. Want to know more about using event tech for your business? Why not join us for one of our free event tech workshops? We can talk you through your options, give you honest answers to all the questions you’ve ever wanted to ask (mainly about event tech but we’re open to questions about the meaning of life too), and help you navigate your way through the tech jungle.