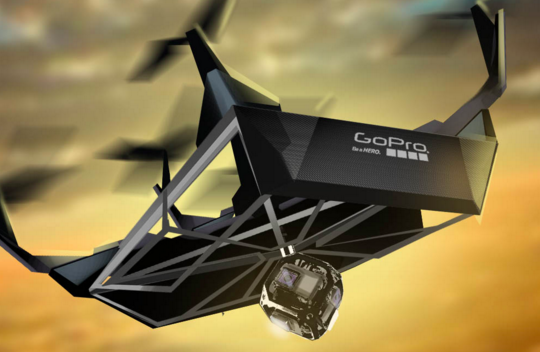 Hi September. Bye September. Where does time go? It’s probably hanging out on the roof of Soho house with the rest of the tech community.

If you were too busy enjoying the unseasonably good weather to keep in touch with the latest tech headlines and innovations this month, don’t worry. We love looking at all of the latest weird and wonderful tech releases (yes, we’re Geeks, well, we do make mobile event apps for a living), so we’re happy to sum them all up for you here in your handy event technology guide for September 2016. 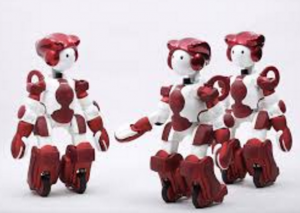 What is it? Hitachi have created humanoid robots that aim to make airport’s easier to navigate. If you’re lost and confused, the robot will offer you spoken guidance and further help via an information display system. The robots wander around the airport unassisted at a speed 3.7 miles an hour. The first phase the plan is being rolled out now and by Christmas Hitachi are hoping that the robots will be able to roam freely and assist travellers all the way to their destination.
What make it awesome? Robot friends are cool.
Any down sides? At the moment the robots only speak Japanese and English, but Hitachi are working on adding Korean and Chinese in the near future.
Why should #EventProfs be paying attention? Companion robots could be amazing tools for event tech in the future. At the moment they are cost prohibitive, but with huge forward steps like this they could soon become a lot more commonplace. 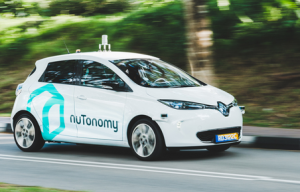 What is it? Lots of techy people speculate that Uber taxis will become driverless within the next 10 years. This has probably been an important part of their business model from the very beginning, but so far, the tech hasn’t been deemed ready for mass rollout. But while Uber took their eye off the ball, another startup pipped them to the post. nuTonomy launched their first fleet of driverless taxis in Singapore.
What make it awesome? Less awkward chit chat about the state of politics with your driver.
Any downsides? The service won’t be available to us in the UK until at least 2018.
Why should #EventProfs be paying attention? Driverless cars and pods are coming. They contain more room for passengers and could improve travel times too. Perfect for getting delegates to and from your events. 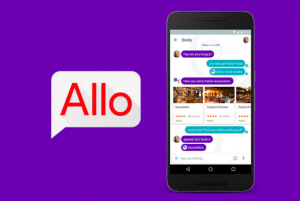 What is it? The messaging app market is still soaring, and now Google have made their big play for a piece of the action. Tech critics have long been awaiting the release of Allo and in September, it was finally ready for download on iOS and Android.
What make it awesome? The app is powered by Google, so not only does it have amazing search capabilities, but it also uses artificial intelligence to create a personal assistant feature too. The app will suggest stock responses to questions before you have even started typing, and it can even recognise photos and interpret what is being shared in those too. If you upload a photo of the Pyramids, it can give you a quick history lesson and tell you exactly what you are looking at. You can use the virtual assistant to help with messages to other people, or you can chat with it directly by messaging @Google.
Any downsides? Having a virtual robot who works for Google listening in to all of your conversations and talking back to you. Creepy much?
Why should #EventProfs be paying attention? Google are investing a lot of money into AI and virtual assistants. At Noodle Live we’re ready to update all of our mobile event apps to make sure they work with the new tech as people begin to adopt it. It opens up loads of exciting opportunities to help people get the information they need quickly and easily and if Google are right, it will be a tool everyone is using within the next 10 years. 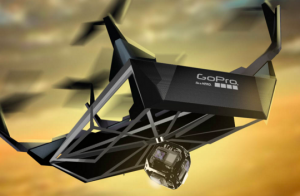 What is it? Not to be outdone by Apple, GoPro held their own launch event in California during September. The product that got everyone’s attention? The Karma Drone, a foldable, compact flying machine that can carry any of the company’s cameras to get aerial footage. Affordable drones could be one of the biggest gadgets under the tree this Christmas, so GoPro’s timing is perfect.
What make it awesome? You get to own a drone.
Any downsides? Affordable still comes with a $799 price tag.
Why should #EventProfs be paying attention? Get great footage of your events at affordable prices.

Someone Made a Zero Waste Drone 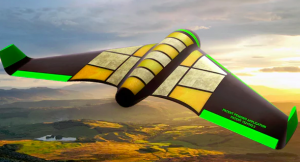 What is it? Speaking of drones, the Pouncer appeared online this month. It’s a zero waste, emergency drone that can carry food to disaster zones. The wings and body of the drone can carry 200 pounds of food, and then the wooden shell can be used to provide shelter or fuel.
What make it awesome? It’s great to see a practical, humanitarian use for drone technology.
Any downsides? None that we can see.
Why should #EventProfs be paying attention? Because drones are coming – in all shapes and sizes and for all kinds of uses. Expect the event world to be regularly employing drones in the next 10 years. 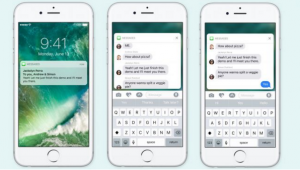 What is it? This was the biggest headline in the tech world in September, but it’s not at the top of the list because, frankly, it wasn’t all that interesting. Apple announced the launch of iPhone 7 and 7 Plus as well as Apple Watch 2. The main news? Headphones are out and water resistance is in.
What make it awesome? Well, it’s Apple, so everyone’s going to be talking about it.
Any downsides? Having to invest $159 in a brand new pair of wireless Air Pods earphones that will get lost the first time you sneeze.
Why should #EventProfs be paying attention? Because around 42% of your event attendees are likely to be using an iPhone, so if you want to know how you can best use that opportunity, you need to understand what Apple is up to. Don’t worry though, we’ve made life easy by summing up all the headlines in one handy blog. 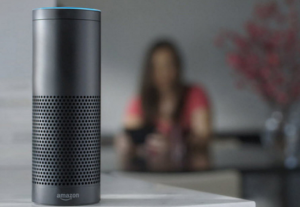 What is it? Think Siri, for your home. Echo Speakers are voice-controlled virtual assistants that can answer questions, control other internet-connected devices, write shopping lists and connect to third party sites including Uber and Spotify. As more and more products in the home environment come with internet connectivity, Amazon are attempting to get ahead of the game in creating a central hub that links all of the devices. Google have also announced the release of their version of the tech: Google Home. It’s expected to be released in the next few months.
What make it awesome? You can talk to a robot in your home and feel like you live in the version of the future that 80s movies sold us on.
Any downsides? There’s no screen, so you’re totally limited to voice interactions with the Echo. It can’t pull up websites for you or direct you towards more information. Also, a lot of people have been raising concerns about the security of having listening technology in their homes. Amazon have promised that the device doesn’t start uploading sounds until it hears a command word.
Why should #EventProfs be paying attention? The appearance of virtual assistants for the home is the beginning of what is sure to be a major step forward for the Internet of Things. As more and more appliances and objects that we use on a day to day basis begin to connect to the internet and to monitor themselves, we will need central hubs like this to connect everything together. 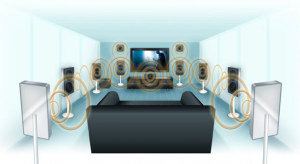 What is it? You may never have heard of them, but DTS are leaders in the world of home entertainment sound systems. DTS:X is hailed as the product to beckon in the future of sound. Wow. That’s a big statement. But leading tech bloggers are backing it up. It’s not a speaker, it an open-architecture system that will be easy to integrate and more flexible than previous versions. Digital Trends claimed that “the system allows for individual sound objects – such as a helicopter or a buzzing fly – to move freely throughout the hemispheric sonic space, constrained only by the imagination of the sound mixer”. So that sounds pretty brilliant.
What make it awesome? The DTS:X can reach up to 32 different speaker locations and it works with most speakers that are already on the market, so you can create a truly surround sound experience.
Any downsides? It’s going to be expensive. This tech is for serious home cinema enthusiasts.
Why should #EventProfs be paying attention? Creating a pop up cinema? Hosting a big keynote address? This sound system is going to be a huge improvement on traditional speakers and will do wonders for capturing your audience’s attention.

Control Your Music From Your Sleeve 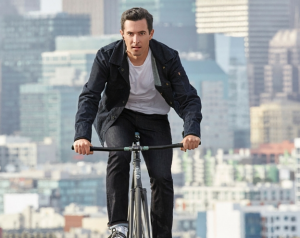 What is it? People always bang on about wearable tech, but so far, it just hasn’t lived up to its promise. That could finally be about to change as connected clothing meets style with the Levi’s Commuter X Jacquard by Google. The tech is actually woven in to the fabric of the jacket and is designed specifically for cyclists. By touching the fabric you can access your phone and apps to adjust the volume of music, silence phone calls or get updates on your journey time. You can wash the jacket just like you would with any other fabric and it’s virtually invisible so it won’t make you look like a Jetson wannabe.
What make it awesome? You get to feel like you live in the future. Plus, it makes navigating with your phone whilst cycling a lot safer and easier.
Any downsides? It’s not available until Spring 2017.
Why should #EventProfs be paying attention? Because wearables like this could be a really cool new tool for event tech. They’ll have to come down in price a little before it’s viable to offer connected clothing to attendees without breaking the bank, but Team Noodle will be keeping a watchful eye on new ways that the tech can be used.

Were we too busy creating mobile event apps  to see something awesome on the web? Let us know @NoodleLive and we’ll include it next month.

PrevPreviousEvent Tech of the Month: Digital Magic
NextCan I Have an Event App on My Budget?Next
Find Us On Facebook
Find Us On Twitter